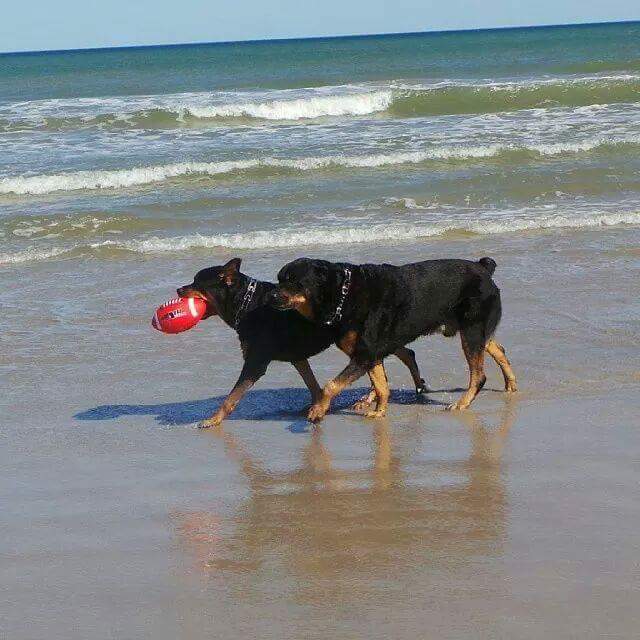 As you all know HoneyBear is on a journey to fight and God willing be cured from Osteosaracoma.  I strongly believe she is able to fight because we saw her symptoms and acted quickly.  The reason we were able to see this is because one year ago today we lost our beloved Chogan Thor to the same disease.  He was 11 1/2 when he passed.  He had x-rays and we thought he just had some really bad arthritis for months and finally when his leg was lame we saw a specialist.  We chose not to do treatment with him.  We didn’t have the knowledge then that we do today.  I have regretted this before but I am a believer in God and I know that everything happens for a reason.  I find peace in my heart knowing Chogan gave HoneyBear her fighting chance!  If it wasn’t for experiencing what we did with him we would also be treating Honeybear for arthritis.  She at least has a fighting chance now. 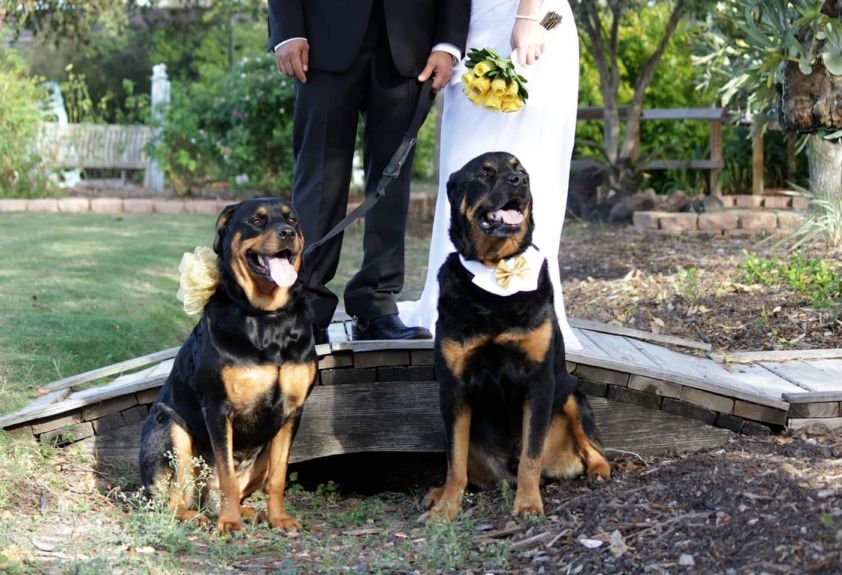 *We had an extremely small wedding but the one thing we were determined about from the start is Chogan and Honeybear will be a part of it!*

Chogan was so special to us, he was our first “fur baby.”  He went on so many adventures with us and was always ready for another.  He was the most intelligent dog I have ever known and gave true meaning to the term “gentle giant.” There was never a quiet moment with him around as he was very vocal!  He even knew how to say “I love you!”  Before we brought Honeybear home as a puppy Chogan knew the names of his toys…..basketball, baseball, monkey and frog!  Honeybear changed this very quickly because she ate them!! 🙂  Honeybear learned everything from him even staring at the guinea pigs at Petsmart!  They were best friends.  He was the kind of dog you could take off the leash and trust %100.  He was strong, loyal, smart, sweet, and had such a big heart.  Chogan was tremendously loved by us and everyone that knew him and not a day goes by that we don’t think of him and miss him but I know he will always be with us. 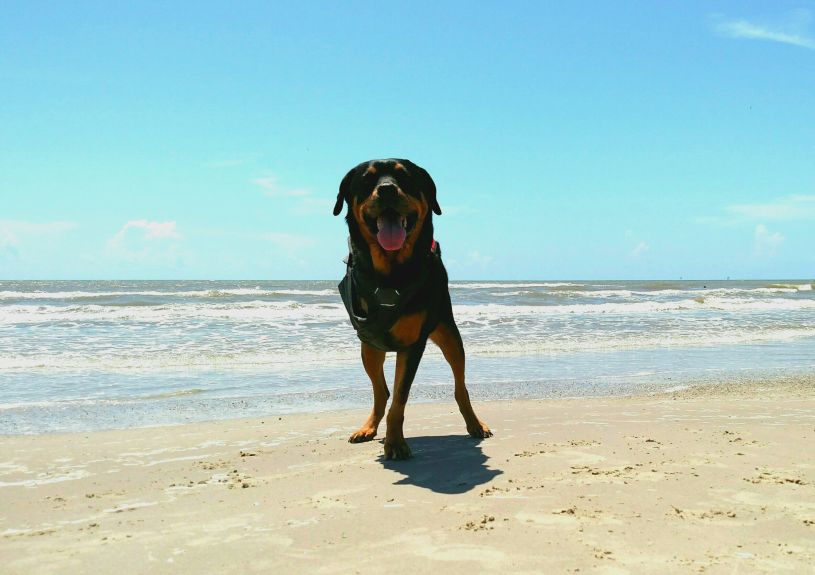 Honeybear is doing really well and is 6 weeks post op!  She has enjoyed several trips to the beach and loves to hang out on the deck every night chasing the lizards!  Her muscles are feeling so strong again and her balance and core strength is great!! The only side effect we have seen from the chemo is low white blood cell count.  During these couple days she gets a little sleepy and lethargic and then the next day she is perky and ready to go!  I recently bought her an organic immune supplement to hopefully help with this.  Amazon loves me right now!  Anything Honeybear needs Honeybear gets!  Although she definitely knows how to hop around and hop around fast she does tire pretty quickly so little by little is best for her.  One of the hardest things for me is to let her be a dog!  Every time she tries to chase a squirrel or run around the house I get really nervous she will hurt herself.  I feel like I want to wrap her in bubble wrap!!  🙂 She plays with her toys once in awhile but still not as much as before.  I have to remind myself she is still only 6 weeks post op!  I feel like the surgery was years ago already!  I am very happy with her progress and feel blessed for more time with her! 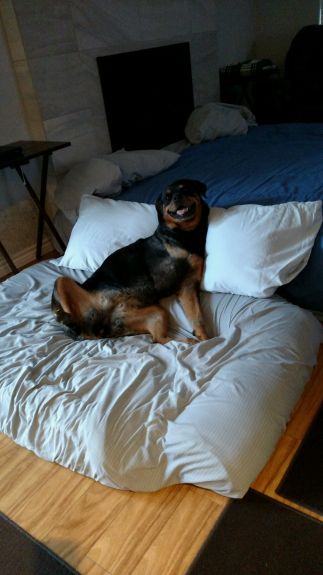 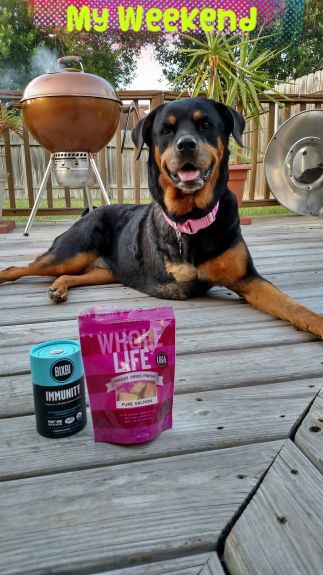